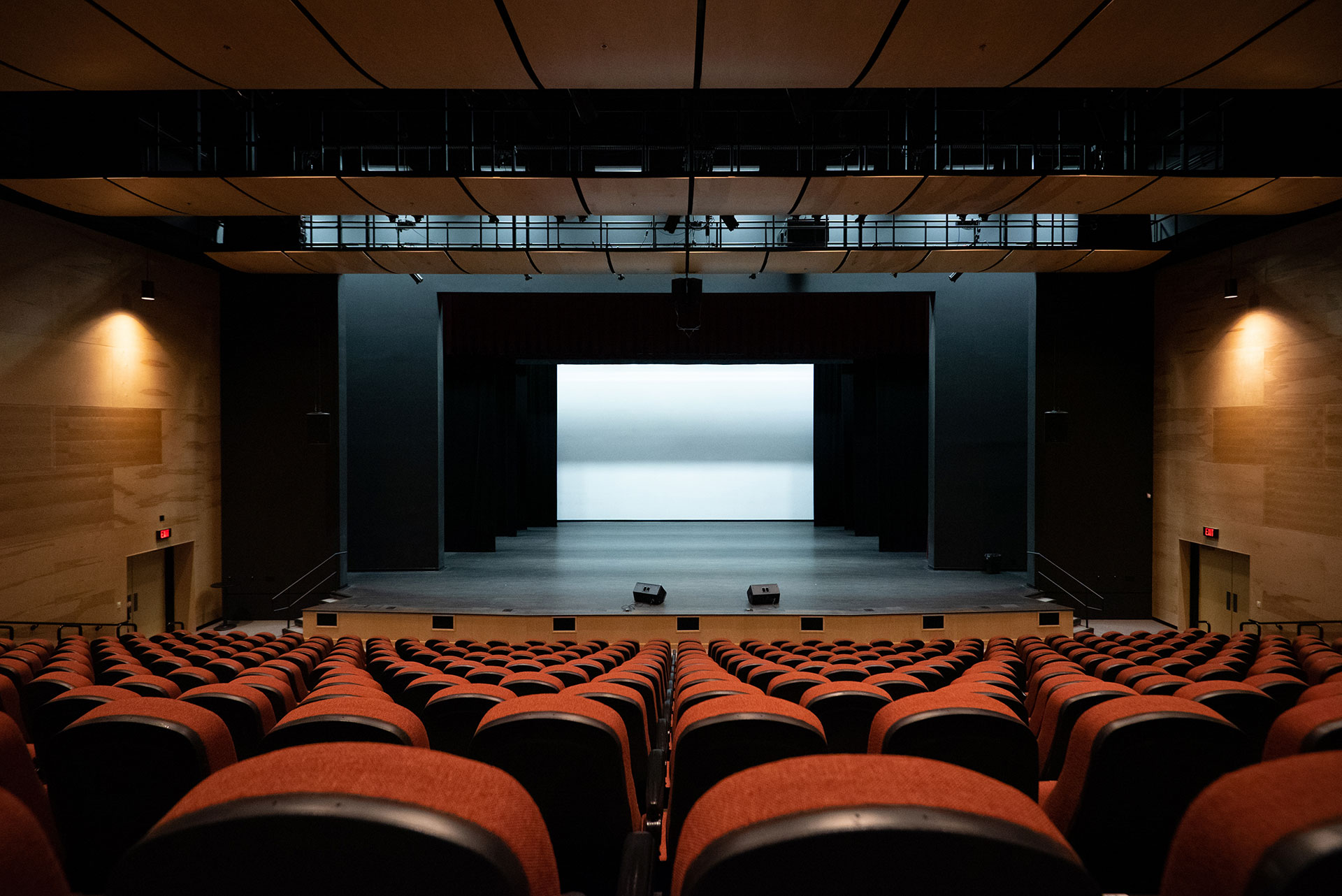 The Next Acts: Frank Venables Theatre

Do you love live performances? If so, Frank Venables Theatre, a state-of-the-art performing arts theatre in Oliver, BC is a wonderful place to enjoy musical acts, dance, comedy, and more.

A 2021 performance announcement will be made very soon so subscribe to their newsletter to learn who’s coming! Some big names have performed here in the past including stand-up comedian Derek Edwards, Canadian singer, songwriter, guitarist, pianist, and harmonica player Murray McLauchlan, and country artist George Canyon to name a few. 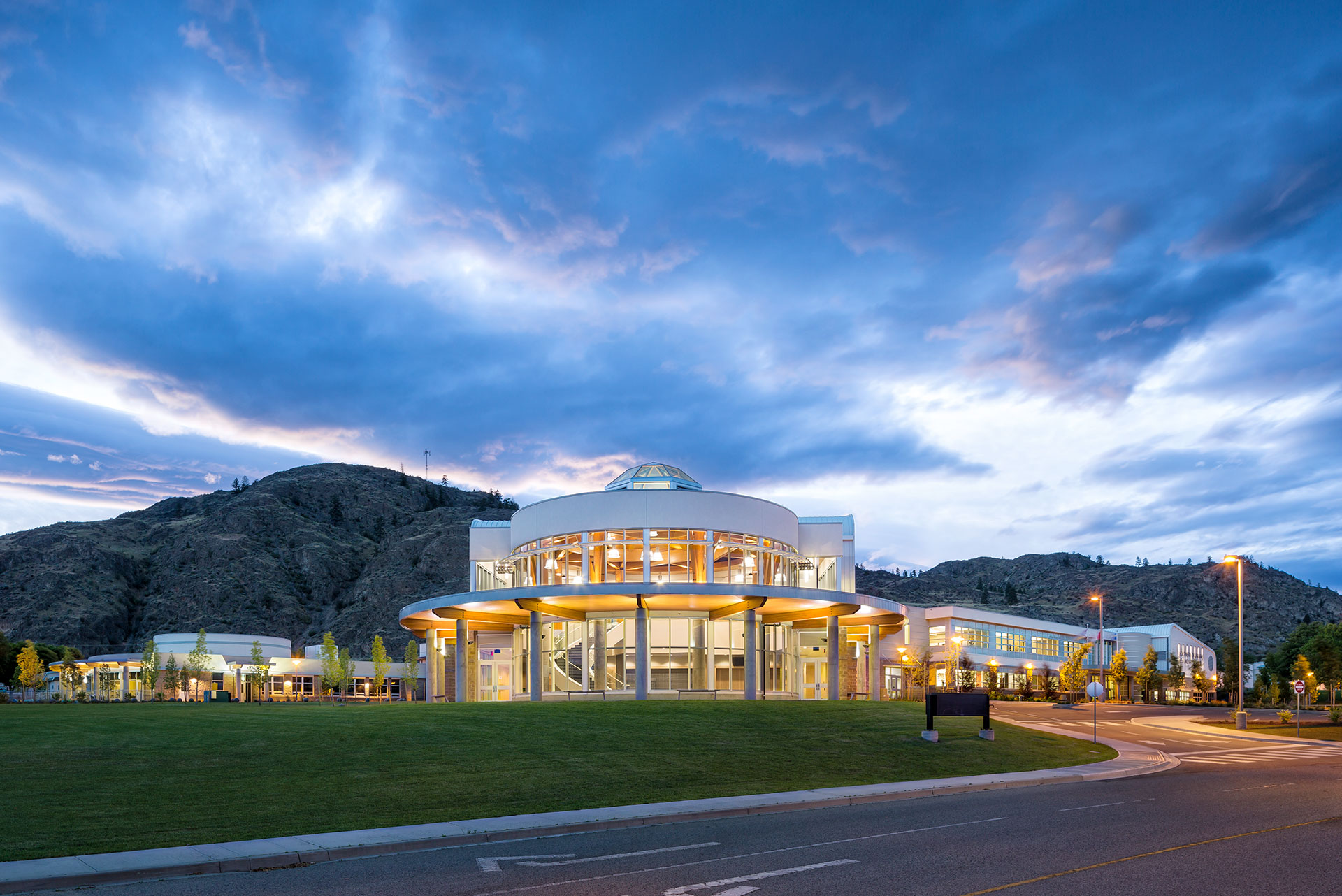 If you haven’t yet heard about it, this grand $12M performing arts theatre rose from the ashes of a 2011 fire that claimed the local high school and original theatre.

The Town of Oliver foresaw the need for a bigger and better state-of-the-art theatre in the South Okanagan which is known and visited for its world-class wines and wineries. 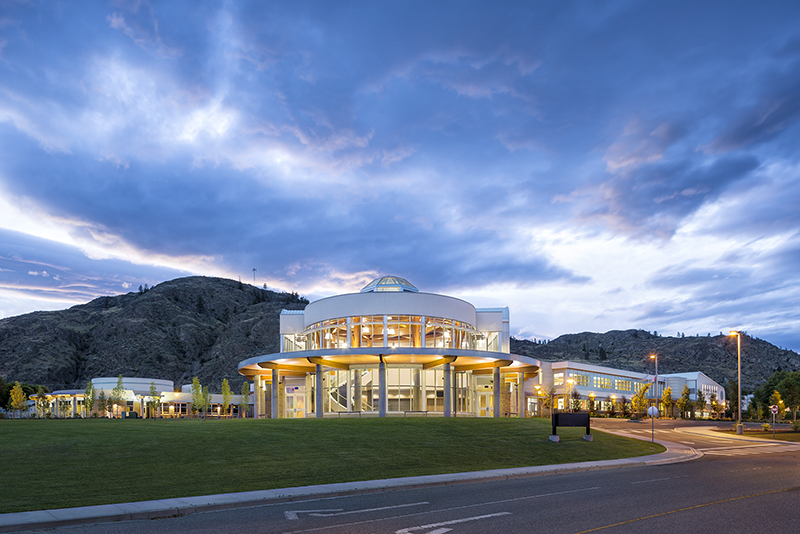 Frank Venables Theatre seats 406 people and is fully equipped with a state of the art soundboard, LED lighting, and video capabilities. 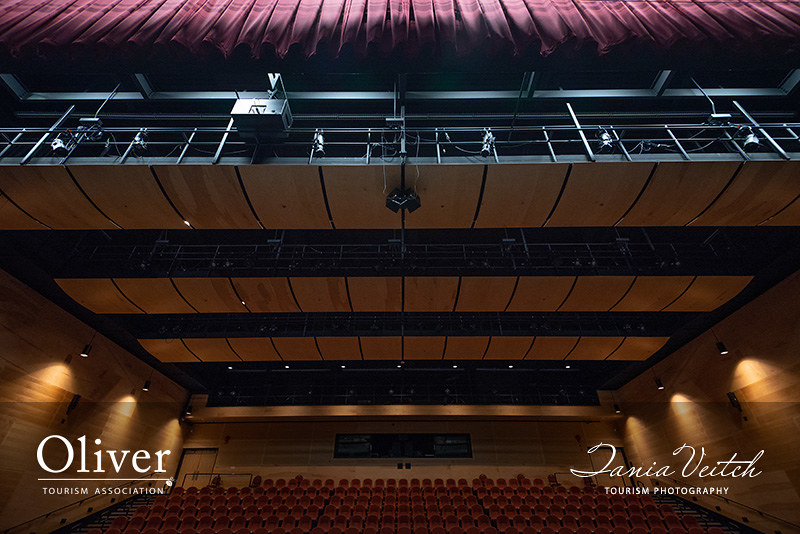 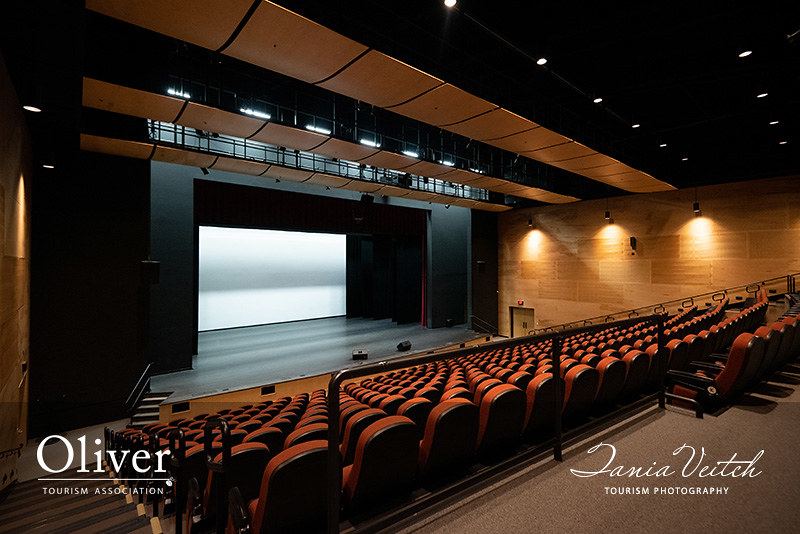 The proscenium opening and large apron stage have multiple curtains and a sprung oak floor which is popular among both amateur and professional dancers. 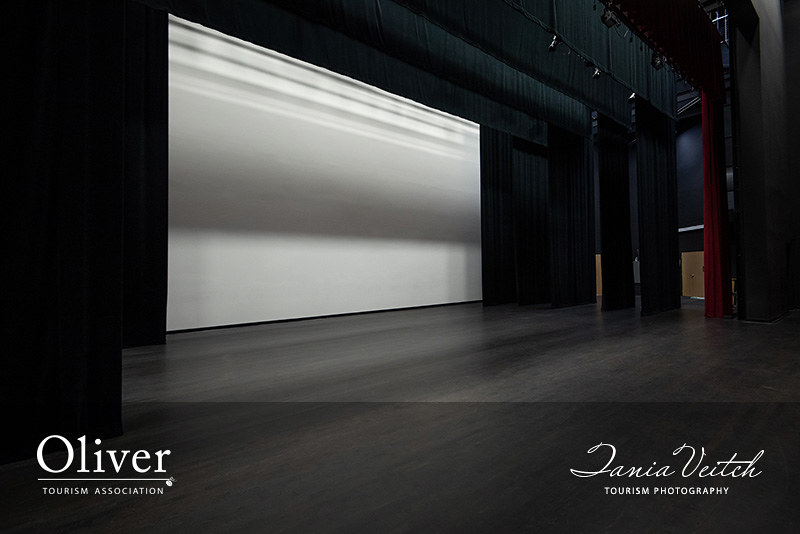 An Interview With The Theatre

I asked Theatre Manager, Leah Foreman a few questions during my visit. She explained how the theatre used to operate pre-pandemic and how the theatre has adapted with the ever-evolving COVID-19 restrictions.

Although the pandemic has brought some big challenges, it has also brought some good change involving local musicians!

How has COVID-19 affected theatre operations?

When COVID first happened and we decided to reopen, I got excited. It was something new and challenging. We figured it out and we were super successful. We had seven shows here before we shut down again last week.

We were doing a Local Artist Series for 50 people each show. We had lots of singer-songwriters. Some shows needed a second show because we had so many people interested.

Fifty people may not sound like many but there are still those who don’t want to come out yet, so having 50 people per show was shocking and exciting!

The Local Artist Series has been a huge success so that’s one (good) thing that’s come out of this. We will probably continue it even when we can have a full house again.

How has the theatre adapted to the changes enforced as a result of COVID-19?

We have pivoted into a different way of doing things.

We are now presenting all of the shows instead of having a lot of renters. They can’t make money on 50 people per show. We have very reduced rates for the theatre right now, but with having to pay musicians and actors, no one can make it work.

We did a call for submissions out to the local artists. We got 25 entries. They were all music, so we have a lot of music going on!

I don’t love being a completely 100% musical venue. I like to see more diversity, but it’s musicians who are touring right now. You can’t have a large ensemble cast of theatre or dance so it’s is mostly music and stand-up comedians.

What kind of events do you normally hold here?

We normally present some dance shows, and then pick a comedian or two, and maybe another musical act that isn’t encompassed in the concert society.

We also do rentals. We have a lot of tribute acts that come through. They sell really well but that’s other people bringing them to us. That’s them renting the space.

In a normal year, we hold recitals and events for all of the dance studios in Oliver and Osoyoos.

We present a Children’s Series (professional shows for children). We also see a lot of school musicals and Christmas concerts.

The South Okanagan Concert Society does four classical shows every year in the classical-jazz genre.

What music genres do you bring in?

We have an older audience so we bring in tribute artists and country, jazz, blues, and classical musicians.

What big names have you had here?

We were supposed to have Barney Bentall here. He sold out in 48 hours. He’s probably one of the bigger names we’ve had here. We were so excited!

We have also had Derek Edwards come through, and Murray McLauchlan.

We’ve had a lot of tribute acts. We had an ABBA and Fleetwood Mac tribute act called Rumours & Dreams.

We’ve also had Brett Kissel come through and George Canyon so there’s been some bigger country names too. 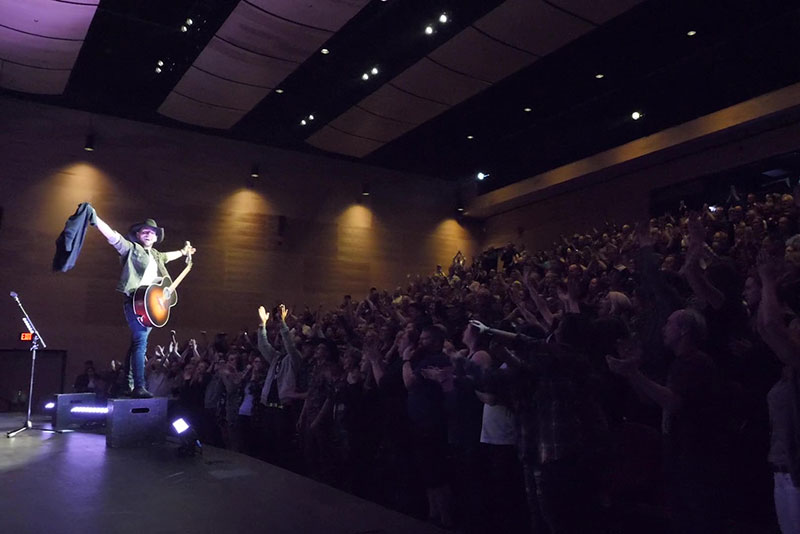 Do you ever present ballets?

Yes, Ballet Kelowna comes in once every couple of years. We’re talking about having them here for a week so they can rehearse but that won’t be a public thing. We’re just trying to fit what we can in here.

We also had Ballet Jorgen do Anne of Green Gables this year. And, Ballet Victoria came in and did their version of The Nutcracker last year.

The theatre has a sprung oak floor so they (the dancers) love it. We also have a Marley dance floor.

Do you ever present plays?

We haven’t presented much theatre but it’s not something we are against. The really good ones (Arts Club) are really expensive and so it’s kind of scary to take a risk.

I am looking at bringing in a musical if I can make it work.

S.O.A.P. were going to do a big musical this year which they haven’t done for years.

What kind of events do you hold in the lobby?

Sometimes we’ll have bands. We also host board meetings and Christmas parties. 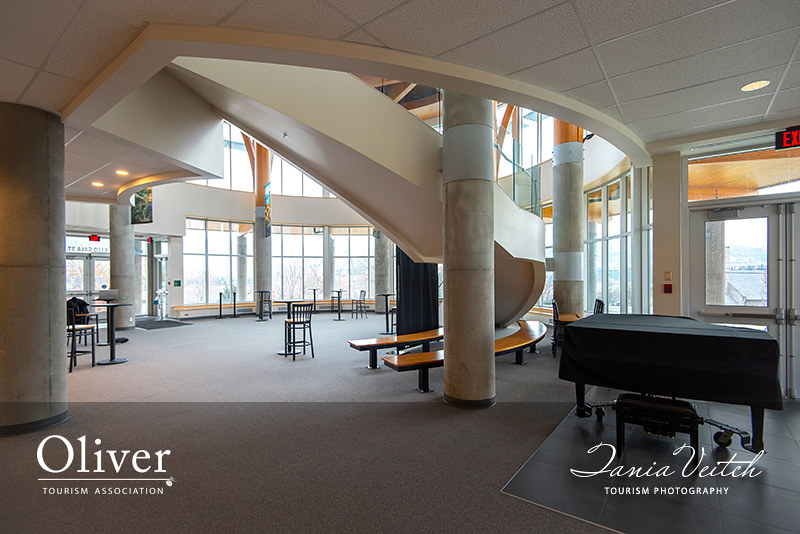 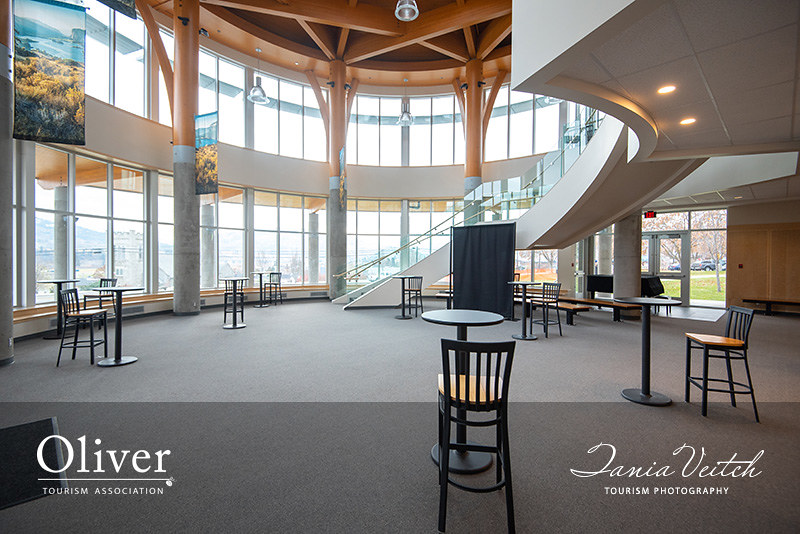 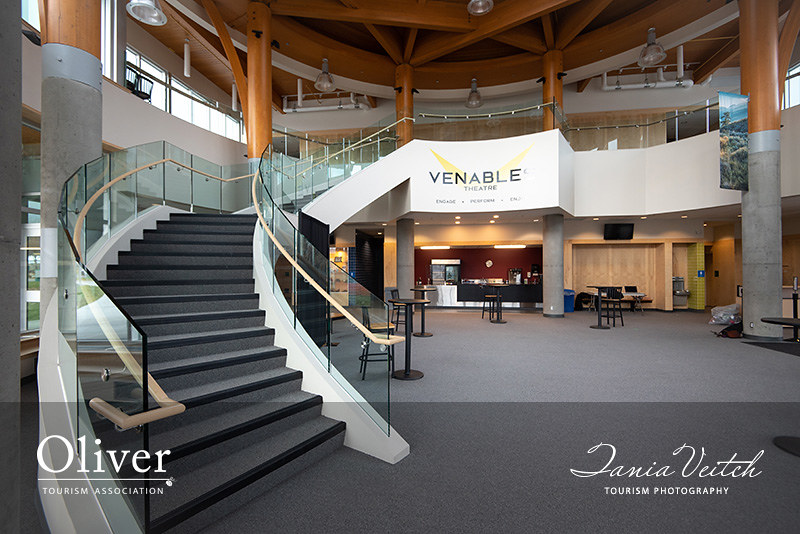 Be sure to sign up for their e-newsletter to learn about upcoming shows in 2021! An announcement will be made very soon just in time for Christmas so if you have music lovers on your gift list, you’ll want to stay tuned in.

To book your tickets or to enquire about renting the venue, visit Venables Theatre online. 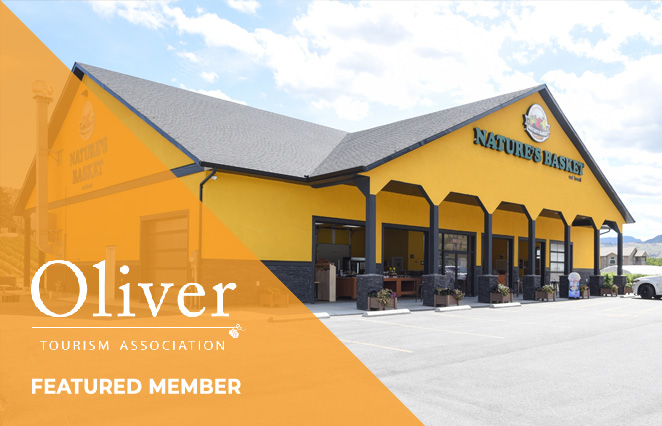 Great Horned Owls are an example of a bird species

Here's another fun way to spend time on Oliver's H

Farm To Table: An Interview with Chef Chris Van Hooydonk

Fly By The Seat Of Your Pants At Kartplex!