Planning a visit? Have a question? Get in touch and we’ll help you out.

Statutory holidays may have differing hours.

Fill in the form to send us your message. These form submissions act as emails which we get regularly. We’ll contact you as soon as we can. We look forward to hearing from you.

Where is this town? Oliver is small but mighty. It is nestled in the middle of the beautiful Okanagan valley. Perfectly situated in between Osoyoos & Penticton, you’ll find endless vineyards, greenery & lakes. We hope to see you here one day, we know you’ll love it! 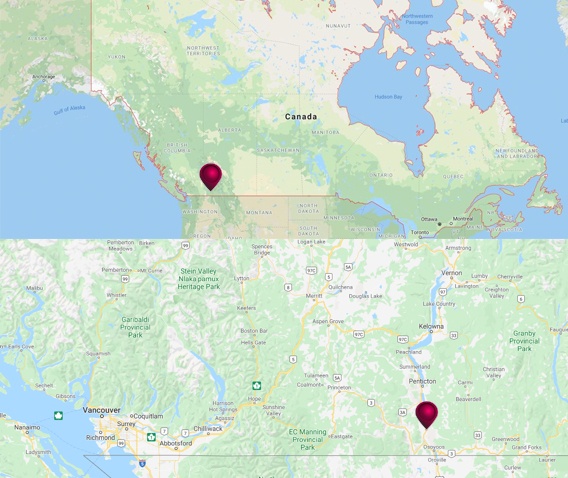 Oliver is located in the south end of British Columbia’s Okanagan Valley along Highway 97, a major north-south transportation link that connects California to Alaska. The town lies 21km (13 miles) north of the US border crossing at Osoyoos, which is also the junction with Highway 3. This is a common route east to Calgary and west to Vancouver.

(IATA: YYF, ICAO: CYYF), is located 1.8 nautical miles (3.3 km; 2.1 mi) southwest of Penticton, British Columbia, a city in the Okanagan region of Canada. It is owned and operated by Transport Canada, serving the South Okanagan, Similkameen and West Kootenay areas. The airport is conveniently located within city limits and is walking distance to the beach.

Oliver’s airport is conveniently located within walking distance of Oliver’s downtown area, including the Oliver Place Mall and the Southwind Crossing Mall. The elevation at the Oliver Airport is 350 metres (1,100 feet) above sea level. The Oliver airport is maintained jointly by Oliver Public Works staff and by the South Okanagan Flying Club and is located at 5811 Airport Street.