Visiting a new place on vacation is a wonderful opportunity to learn its history and imagine what it would have been like a hundred years, or more, ago.

Oliver is chock-full of historical stories and landmarks. For ten thousand years, this land has been home to the Syilx people of the Okanagan Nation who used to camp, hunt, and gather along the glacial benches, rivers, and lakeshores.

Eventually, the Europeans arrived and traded with the aboriginal people. Over time, they settled and began mining and farming the land, changing the natural semi-arid landscape into the fertile agricultural valley that it is today.

We have put together an itinerary that highlights places to learn some history while you sip, eat, and enjoy your stay here in Oliver.

Explore the History of Oliver

Fuel Up At ‘The Ditch’ Cafe

First, start your historical itinerary off at the new Ditch Cafe, located at 6041 Main Street.

It’s named after Oliver’s most important irrigation feature that was built in the early 1900s, “The Ditch”. Read more about it further on. 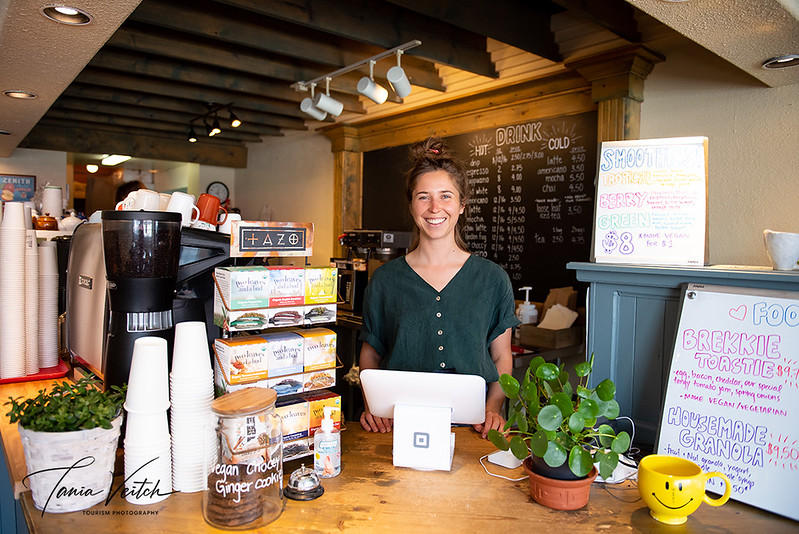 Here, you can enjoy a cold or hot espresso beverage, made with fair trade organic coffee beans, inside a bright and newly renovated space.

Pair your bevy with a hot breakfast sandwich, some homemade granola, or a baked treat! 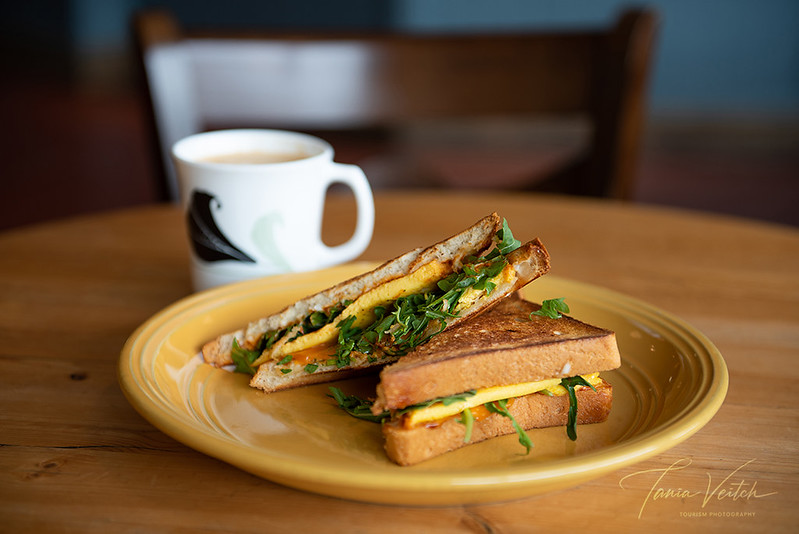 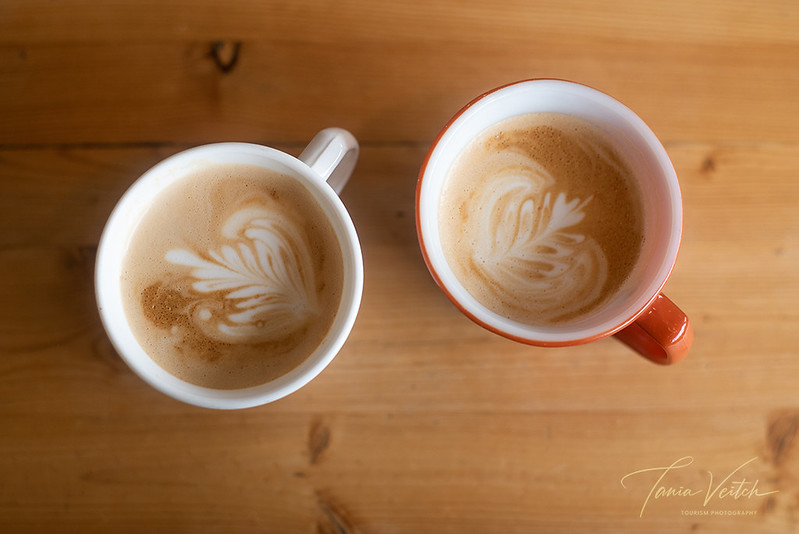 Or, if you’re stopping by at lunchtime, have a toasted sandwich or salad made with local greens, shredded carrot and beets, couscous, feta, and roast chickpeas.

Eat inside or outside on the sidewalk patio. 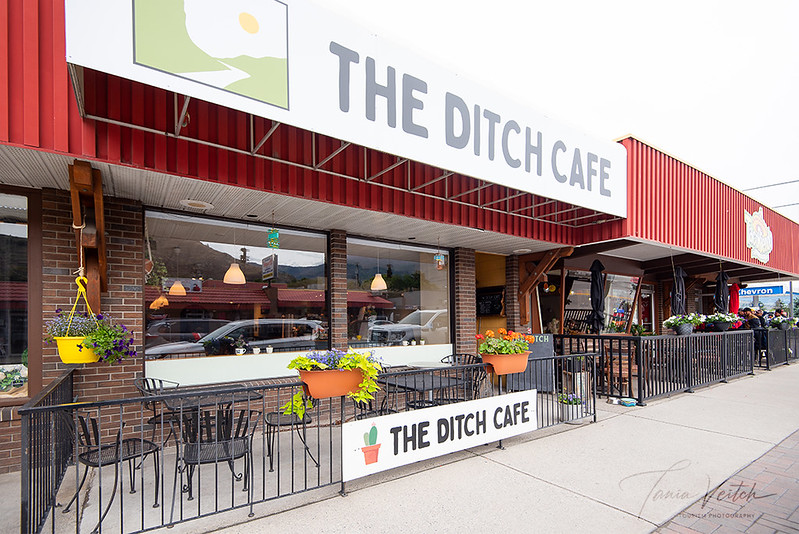 A great place to learn about Oliver’s history is at the Oliver & District Museum located at 474 School Avenue. 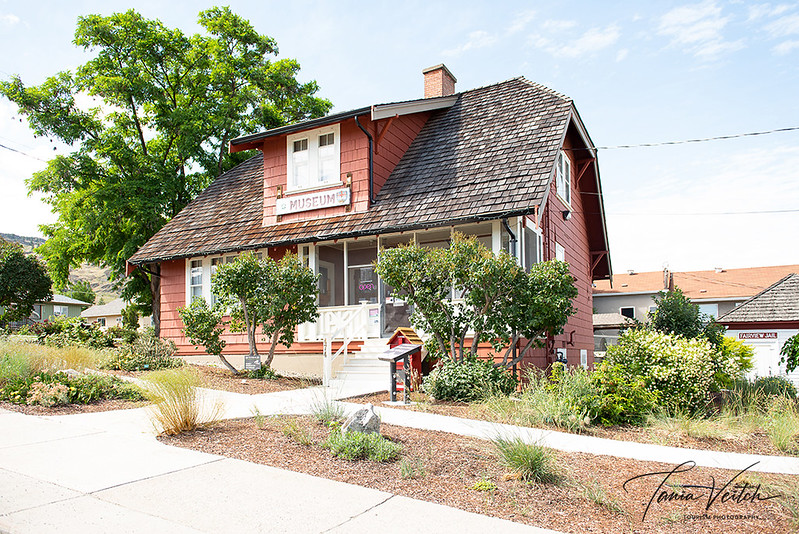 Learn about the Syilx people of the Okanagan Nation who have lived on this land for 10,000 years and about the first Europeans who settled here in 1865. See historical artifacts, watch a short movie, and even sit inside an old jail cell! 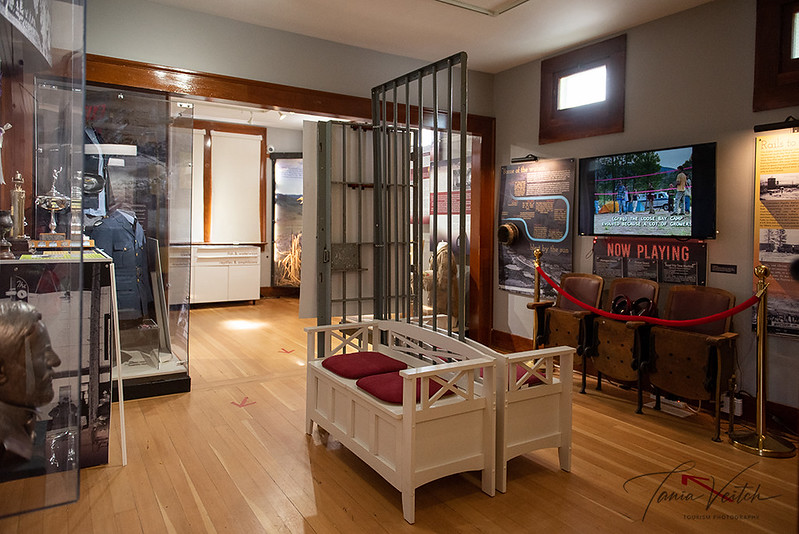 Go on a Historical Walking Tour

Learn about Oliver’s historic buildings and landmarks, from the CPR Station to portions of The Ditch, on a 1.5 km guided walking tour.

Tours leave from the Oliver Visitor Centre each Friday at 10:30 am. 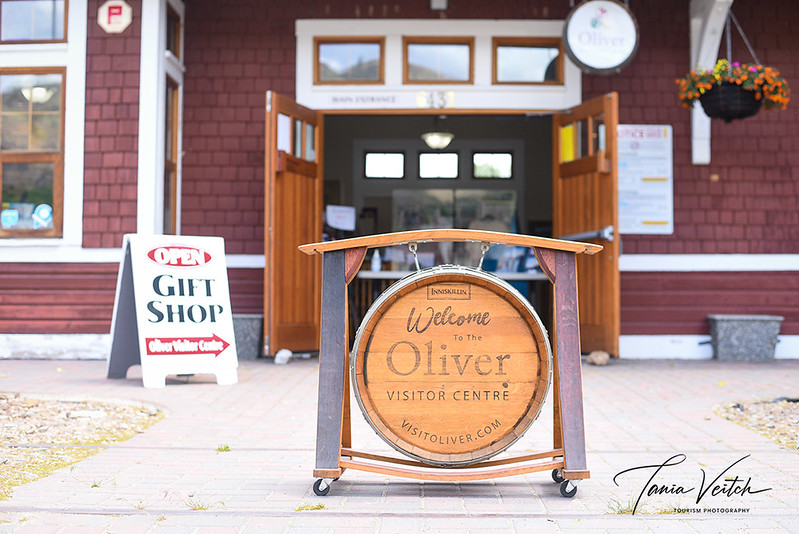 Just What Is ‘The Ditch’?

If it weren’t for ‘The Ditch‘, our valley would look much different. It would’t be flourishing with vineyards and orchards and it certainly wouldn’t be known as Canada’s Wine Capital!

The Ditch is a narrow concrete canal that was originally dug into the earth in the early 1900’s to carry water throughout the valley. 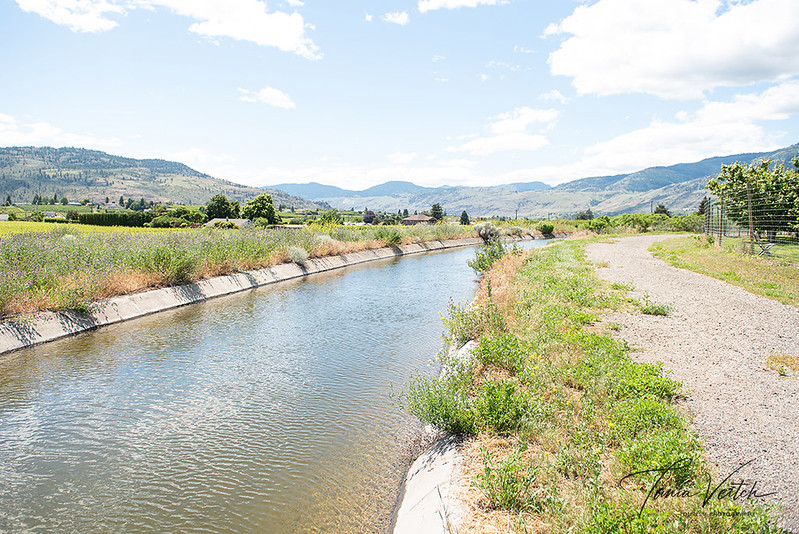 The Ditch (and walking path) near Road 2

The Ditch transformed this once semi-arid desert valley into the thriving and viable fruit-growing oasis that it is today and it continues to supply water to the production of our famous and growing fruit and wine industry. 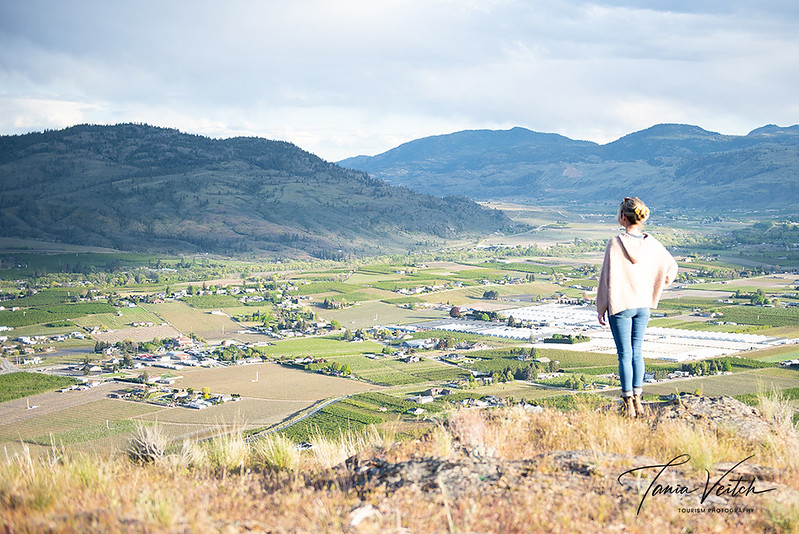 The flourishing Oliver Valley as a result of The Ditch

The entire project consisted of a concrete diversion dam, 37 km of concrete ditches, 27 flumes, a woodstave syphon, and seven spillways. 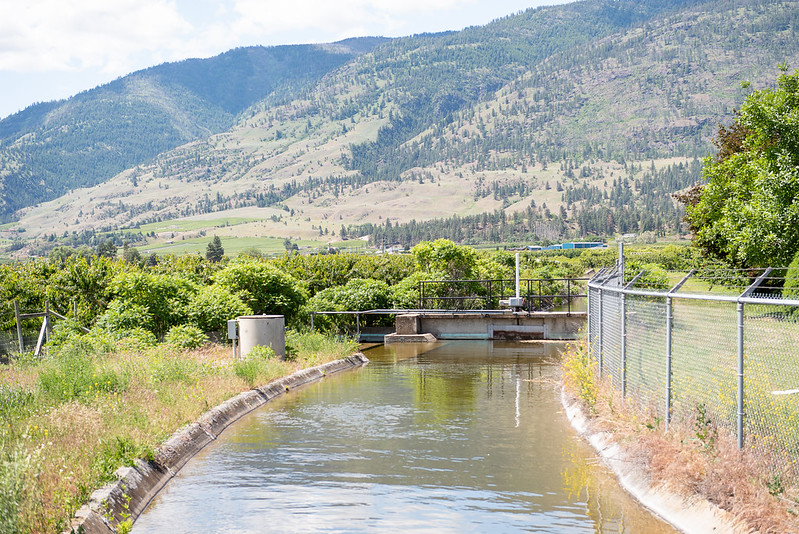 The Ditch at Road 2

You can see parts of The Ditch from Similkameen Avenue and Road 2 (west of Highway 97). Enjoy a stroll alongside it beginning at Road 2!

At one time, the Fairview Townsite, now marked by an information kiosk and walking trails, used to be the largest urban economic area in the South Okanagan. 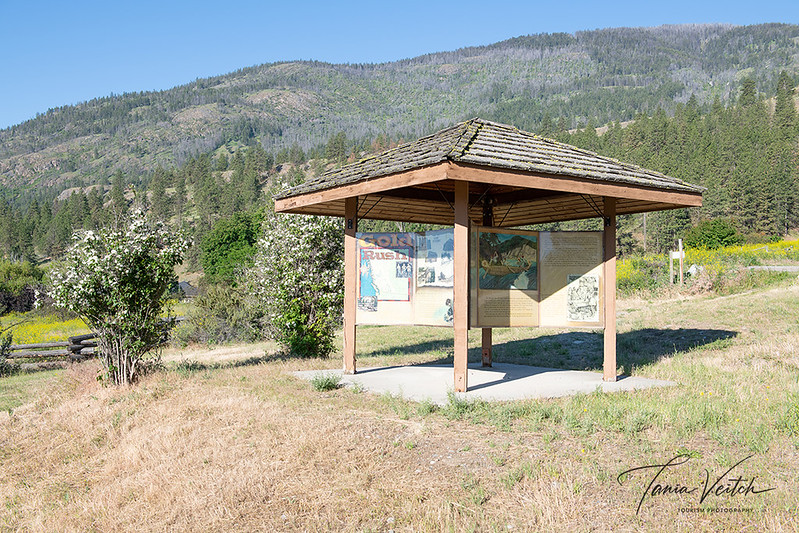 It is now an ecological preserve where you may see evidence of the old townsite. 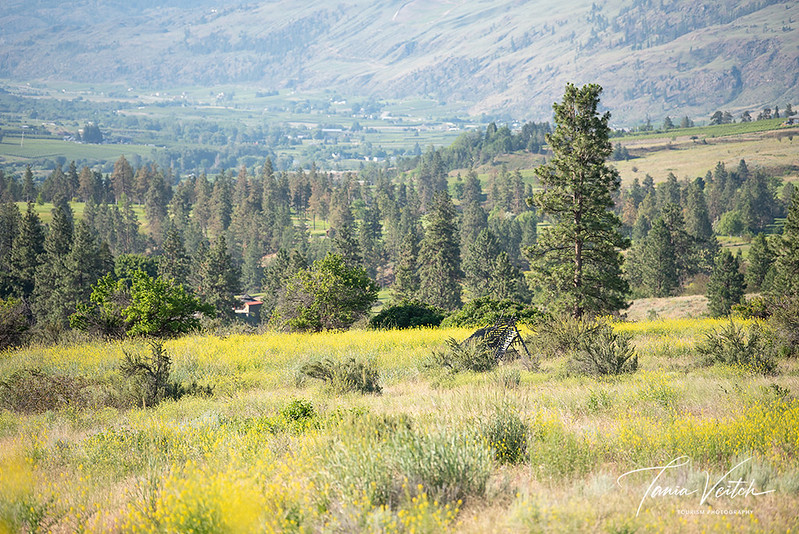 This is a gorgeous spot located at the top of Fairview Road where you can learn a little bit of history, walk, and enjoy a spectactular view of the Oliver valley. 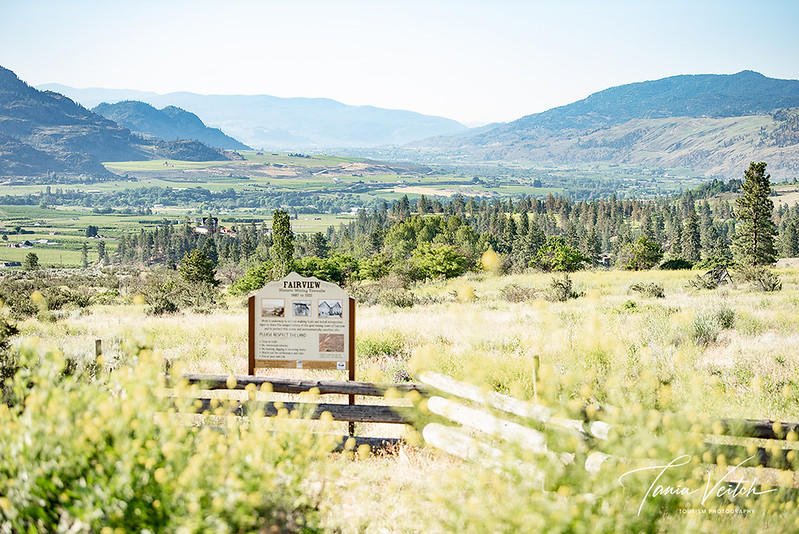 Explore the walking trails at the old Fairview Townsite

Although the buildings are deemed structurally unsafe to go inside, not to mention the rumour that a rattlesnake pit exists inside one of them, this spot makes for a charming photo opportunity.

The Haynes Estate, consisting of 20,756 acres, was established in the 1860s by John Carmichael Haynes, a colourful judge as well as a customs officer at the Osoyoos US border crossing. He operated a horse and cattle ranch here until his death in 1888. 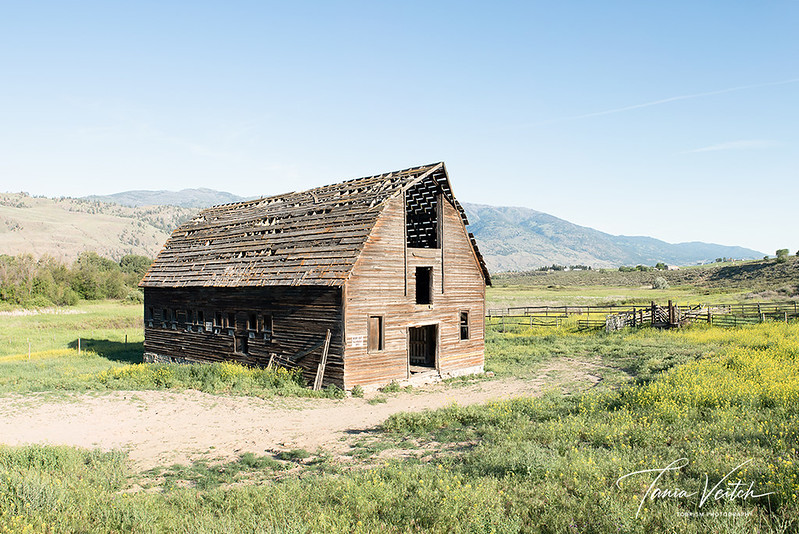 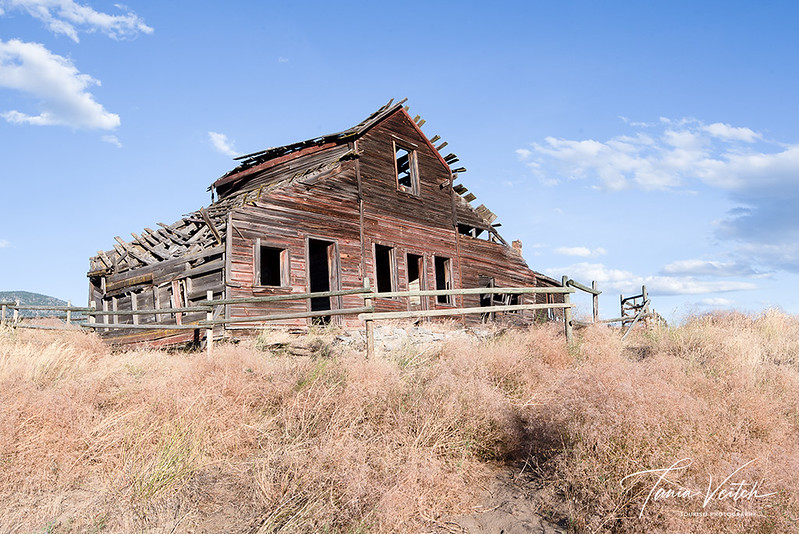 The property foreclosed after his death and was eventually sold in 1895 to Thomas Ellis for $65,000. Can you imagine the price it would sell for now? Just one acre of prime farmland in Oliver is well over that.

The land changed hands in 1905 when it was sold by Ellis to the Shatford brothers, and then again in 1919 when the government bought it for a soldier’s settlement.

Parts of the land were eventually reaquired by Judge Haynes’ son, Val Haynes, who was the first white child to be born in Osoyoos. He became a cowboy at 8 years of age and grew up to be a cattleman and landowner. He worked for Tom Ellis and then for the Shatford brothers as their foreman until 1919. He died at the age of 87 in 1962.

The original barn burned down in 1913 and was rebuilt as seen above, on the “Haynes Meadows” in 1916. The homestead pictured above was the foreman’s house and bunkhouse for the ranchers. Both the homestead and barn were a vital part of the Haynes Ranch back in the day.

Take in a Movie at the Oliver Theatre

Enjoy some buttery theatre popcorn along with a pop and some candy while watching one of the latest films inside The Oliver Theatre, built in 1946! 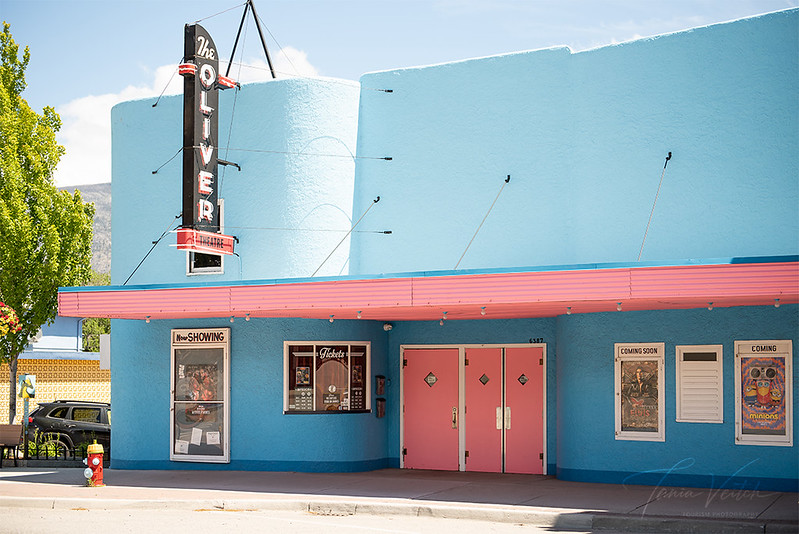 Stay at the Oldest Hotel in Oliver

If only the walls of the Desert Arms Hotel could tell us the stories from the days of prohibition. I’m sure there are many! And, I wonder what they would think now that Oliver, BC has been endorsed by the Queen of England herself as “Canada’s Wine Capital”!

The Desert Arms Hotel was built in 1928 by Anthony Reopel who had brought forth the idea of building a large modern hotel in Oliver with a fully licensed dining room.

His idea was met with shock and a lot of resistence as Oliver had been “officially” a dry community for 13 years. It took three years for the community to decide whether or not it was okay to sell beer by the glass in a public establishment!

Learn more about the story here. 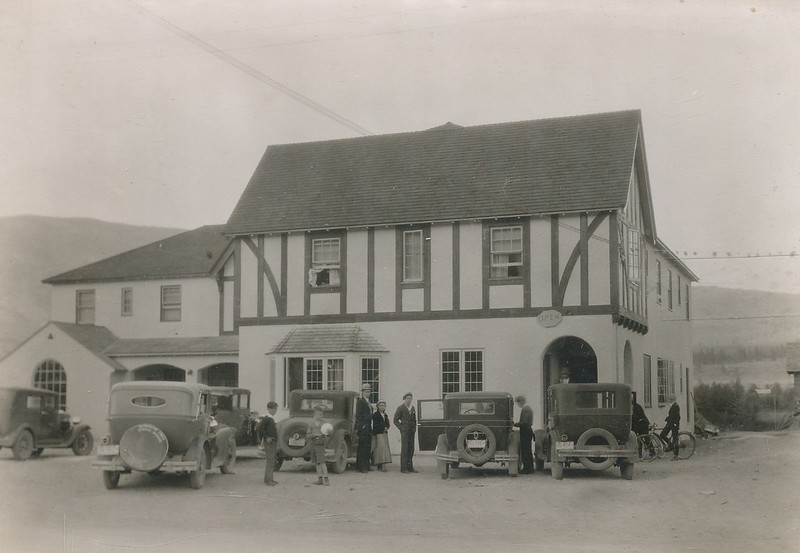 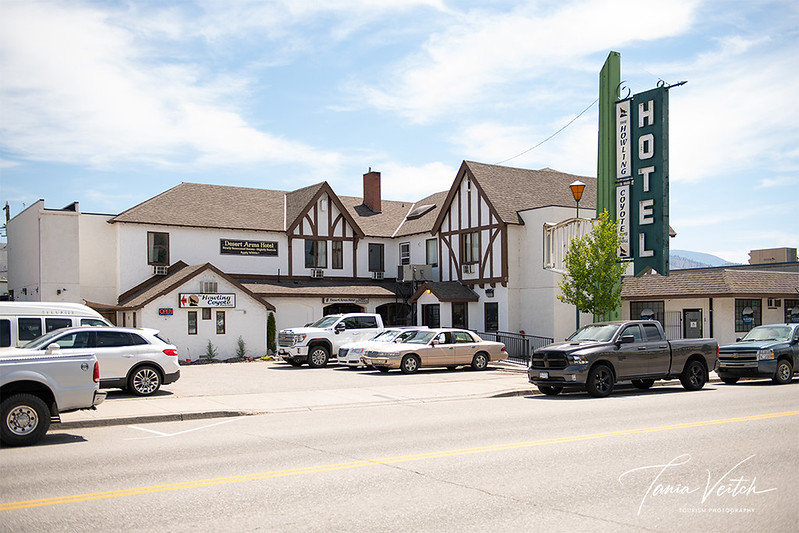 The Desert Arms Hotel also holds a story of romance and fate!

Sit at the bar inside the adjoining Howling Coyote Pub and Grill and ask owner Chris Hamel himself over a popular Beef Dip.

That may be the best way to hear the story, but you can also learn about it in the Times Chronicle story titled “Movie-Like Romace Behind New Pub In Oliver.”

The hotel has undergone a major transformation since Chris and Wendy took over. Stay affordably in your choice of a single Queen, single King, double Queen, or even a triple Queen room, then come downstairs for some good entertainment and delicious food! Check availability here.

Conveniently located inside the Desert Arms Hotel, good food and entertainment is easy to find right downstairs. You don’t even need to leave the building!

The Howling Coyote Pub & Grill is a popular place for scrumptious drink and meal specials, such as the Steak & Caesar that even other restauraneurs come here for. It includes a AAA 10oz Sirloin Steak, Caesar Salad (with top secret dressing), and a Caesar drink.

Some interesting Oliver trivia, the first post prohibition “legal” beer was served in this pub!

Get In Touch and Plan Ahead!

Oliver and the South Okanagan is a top destination to visit in Canada so be sure to plan ahead! Get in touch with accommodation providers soon so you’re sure to have a place to stay. We look forward to seeing you here in Canada’s beautiful Wine Capital this season!

Southwestern Style in the South Okanagan 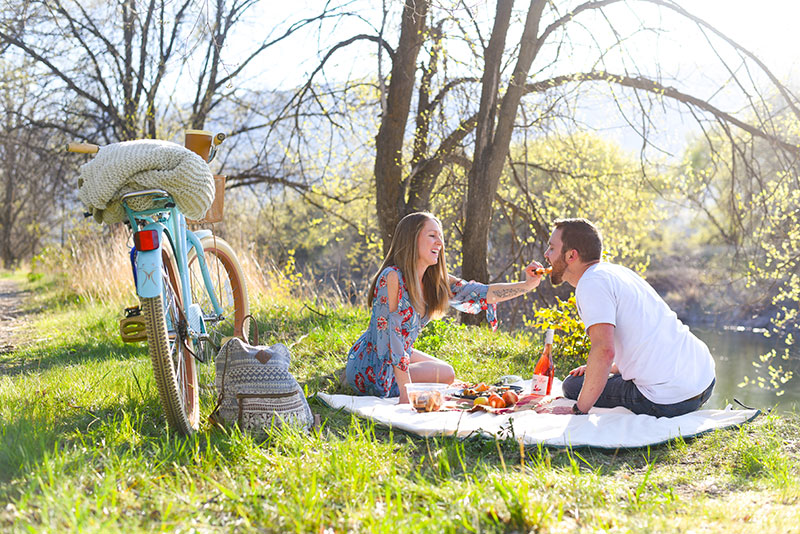